"The tide is full, the moon lies fair"
« Beach details 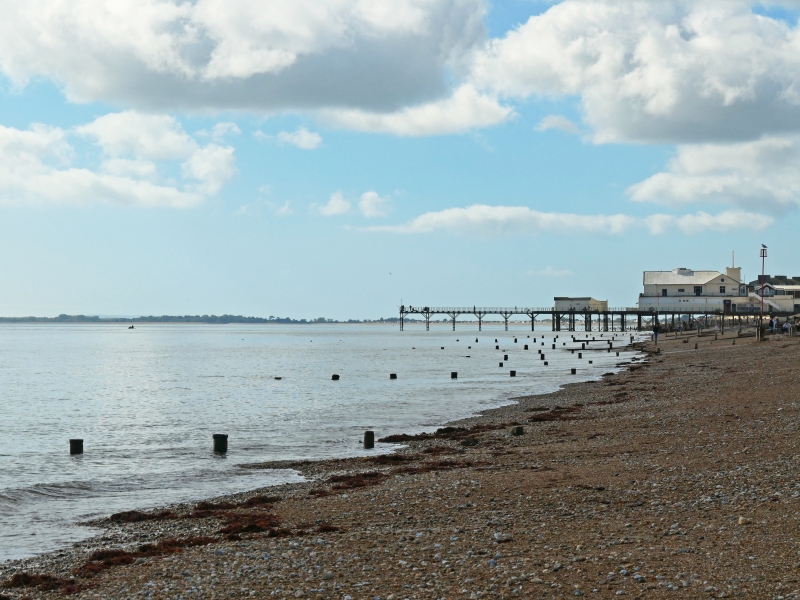 Bognor Regis was originally named just "Bognor", being a fishing (and smuggling) village until the 18th century, when it was converted into a resort by Sir Richard Hotham who renamed the settlement Hothamton, although this did not catch on.
King George V had become ill, requiring lung surgery to be carried out on 12 December 1928. His recovery was slow and on 22 January 1929 Buckingham Palace issued the statement saying "it has been realised by the King's medical advisers that, prior to the establishment of convalescence, there would arrive a time when sea air would be necessary in order to secure the continuation of His Majesty's progress". The Palace statement went on "with the knowledge, a careful search was made for a "residence" not only suitable in itself but possessing the necessary attributes of close proximity to the sea, southern exposure, protection from wind, privacy and reasonable access to and from London." The residence selected was Craigweil House, Bognor (demolished in 1939) placed at His Majesty's disposal by owner Sir Arthur Du Cros who was a wealthy businessman. As a result, the King was asked to bestow the suffix "Regis" ("of the King") on "Bognor".