"At night, we swim the laughin' sea"
« Beach details 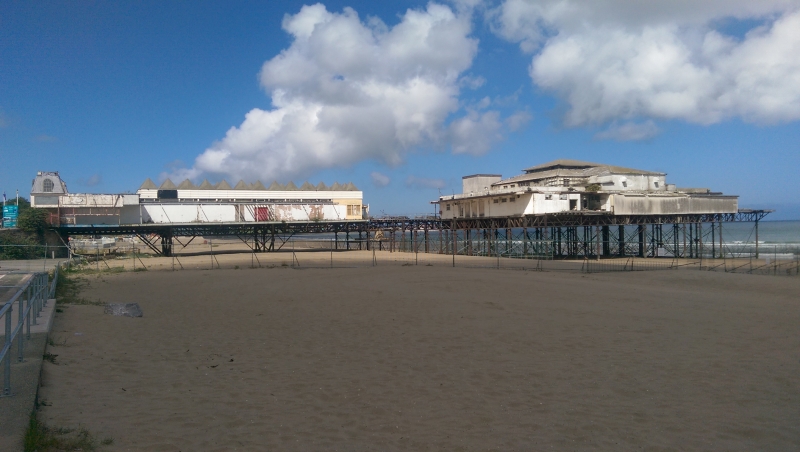 Designed by Maynall and Littlewoods the pier opened in 1900 and was extended in 1903 to the length of 227m. The first two pavilions built on the pier burnt down. The third pavilion was built in 1934 and significantly extended and altered in the 1970s to allow for nightclub and amusement arcade. It closed in 2008. CADW refused demolition in 2015 and on 2 March 2017 a council meeting agreed to support a shortened pier and new pavilion put forward by the Colwyn Victoria Pier Trust.