"The sleepy sound of a tea-time tide"
« Beach details 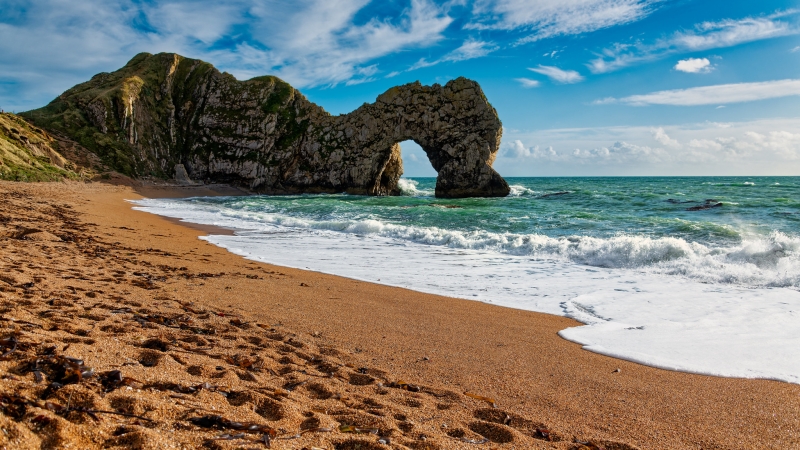 Durdle Door is perhaps, the most iconic piece of natural beauty on the South Coast of England. It is huge and forms part of the Jurassic Coastline that stretches 95 miles. It has been designated a UNESCO World Heritage Site for outstanding beauty and importance.
The geologists among you will know that the three periods of rock are Triassic, Jurassic and Early Cretaceous. Normally, these formations are found in different parts of the world. A bit like your favourite trilogy film, whereby the first is only shown in Scotland, the second in South Africa and the third in Brazil. Frustrating eh? Well here on this tiny 95 mile stretch, you have all three, there ; in front of you.
Anyway the day was blowing a force 3 gale and had been raining heavily. We arrived and there was a small break in the clouds to give this shot. Thanks for looking.