"Longer boats are coming to win us "
« Beach details 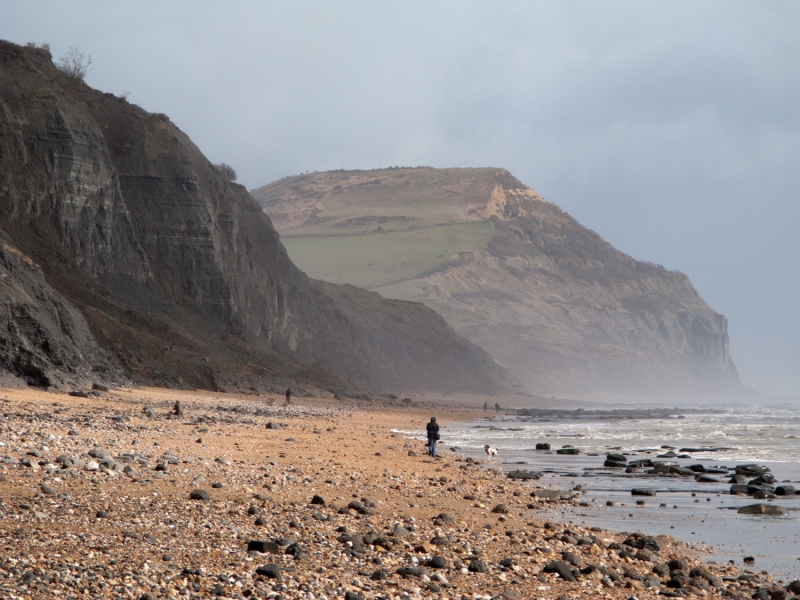 The word cliff normally suggests something steep, hard and solid; the cliffs seen here east of Charmouth have steepness but no solidity and suffer serious erosion by the sea. That was particularly so on the day that this image was recorded as over the previous night a savage storm had created a number of new landslides. Behind the camera, fossil hunters were out in force! The distant hill is Golden Cap, the highest point on the south coast of England.

Uploaded to Geograph by Trevor Littlewood on 10 March 2008