"I will find comfort in the rhythm of the sea."
« Beach details 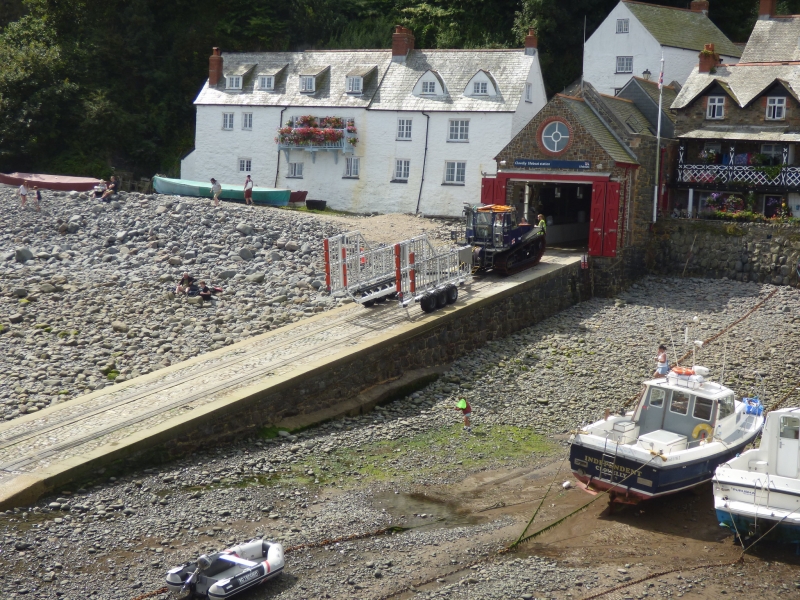 The visit to Clovelly Village in North Devon.


Clovelly (/kləˈvɛli/) is a harbour village in the Torridge district of Devon, England. Its steep pedestrianised cobbled main street, traditional architecture, donkeys and views over the Bristol Channel attract numerous tourists. At the 2011 census, the parish population was 443, which was 50 fewer than ten years previously. The ward of Clovelly Bay includes the island of Lundy.

An entrance fee is charged to enter the village via a village visitor centre which also charges for parking, entrance to two museums, Clovelly Court gardens, and an audiovisual history guide.

The South West Coast Path National Trail runs from the top of the village. The village is privately owned, by John Rous as of March 2021; he inherited in 1983. The village "has mainly been in the Hamlyn family since 1738", and he is of that line.


Views of The Quay from The Pier at Clovelly.

Lifeboat House with Slipway on Foreshore

11/18 Lifeboat house with slipway on
foreshore

Lifeboat house with slipway. Circa 1870. Coursed rubble house for lifeboat with
freestone dressings, slate gabled roof with coped verges and copings to parapets at
sides, slipway of large roughly-hewn rubble blocks.
Plan: lifeboat house rectangular on plan with large door opening in gable end
facing seaward, from this doorway an inclined slipway leads down into the harbour,
the whole showing above the waterline at low tide.
Exterior: to the seaward side of the boathouse a pair of C20 iron-clad sliding
doors on runners, the original opening altered to the present form to accommodate a
larger lifeboat. Above in the gable face a bullseye window of 4-panes with a
central roundel.
Interior: not inspected.
The building no longer holds the present lifeboat, it is moored out in Bideford Bay.
Source: Ruthven A., Clovelly and Its Story, 1968.