"O to have been brought up on bays, lagoons, creeks, or along the coast!"
« Beach details 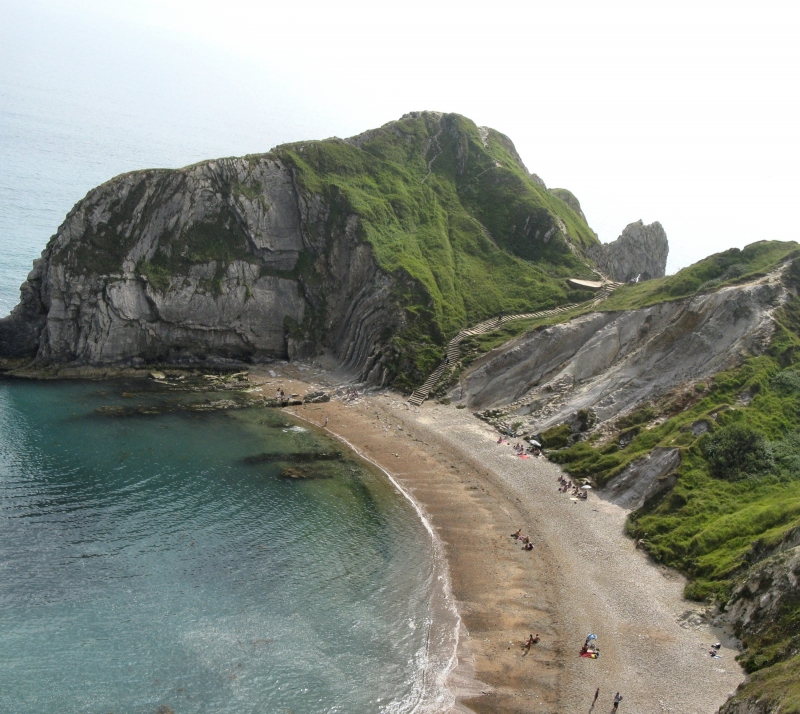 Man O’War Cove in St Oswalds Bay, Dorset, England (near Lulworth Cove and the natural rock arch of Durdle Door). The steps down to Man O’War Cove from the cliffs above are clearly seen. A tiny trace of the light coming through the natural rock arch of Durdle Door is seen slightly to the right of the top of the steps. The lack of visibility in the distance is due to sea mist.

Uploaded by Adrian Pingstone on 15 August 2017